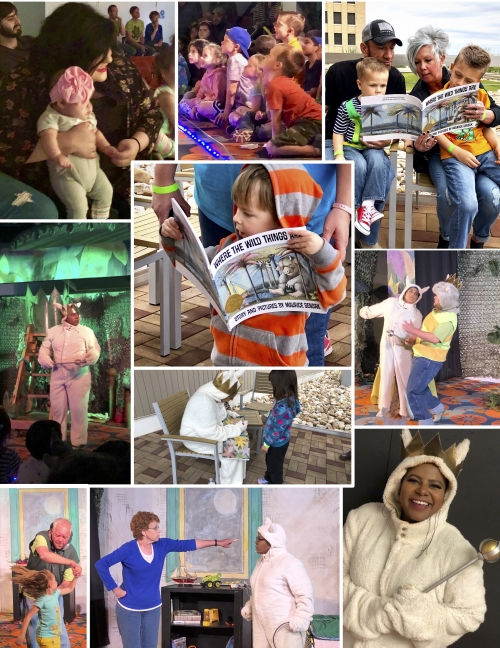 The Literature Alive Project was developed by a creative team at Be Theatre in 2011 and first premiered in April  of 2012 with our production of Raggedy Ann and Andy.  Our mission is to inspire early readers to form a love of reading  through  the magic of experiencing classic books, and their vibrant characters, as  they come to life on stage. Since then, we've produced a show a year for literally thousands of guests over the past 9 years!

6,800: This is how many books we’ve given away to early readers in the Concho Valley.

200+: This is the impressive number of volunteers who’ve worked Literature Alive productions.

These are big numbers making a difference in the lives of our young community members who are just beginning to read.  The Literature Alive Program has inspired thousands of children through the magic of live theatre, and continues to bring outstanding programming to Concho Valley children at no charge to the families who attend.

PERFORMANCE ART AND LITERATURE TOGETHER!

In addition to bringing classic children's literature to families, we also provide exposure to the performing arts, as many of the children who attend have never seen a live theatrical performance.  Although we have children from all socioeconomic backgrounds, our highest attendance and biggest focus are families in the lower income bracket.  Low income families have less financial means to purchase tickets to live performance events such as theater and dance.  As commonly known, studies have shown exposure to the performing arts is extremely important in development, and we are proud to produce such an enriching and exciting event each year.