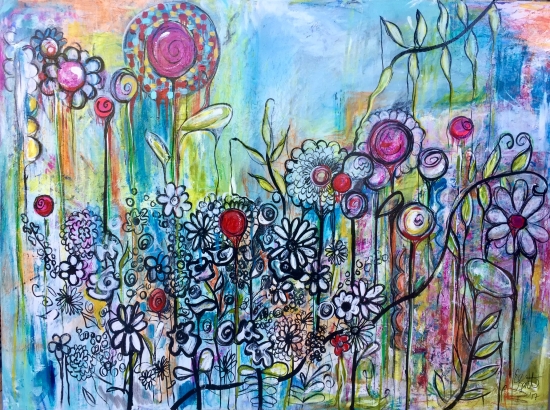 The following entry is from Elena Kent, Founding Artistic Director of Be Theatre about the purpose of living your passion with no apologies.

Get out of that box, Ya'll.  And don't apologize for it.

Oscar Hammerstein II (Yes... of Rogers and Hammerstein fame) was discouraged by his father to work in the theatre industry.  He studied law at Columbia University, receiving high grades and accolades.  There were plenty of people in the theatre industry, why did the world need one more?  What good could it do to have so many composers in one industry?  He was already excelling in law, he had found his niche.

Bill Gates and Mark Zuckerberg should not have quit attending Harvard University.  They were smart.  Their gift was their brilliance.  A degree from a prestigious University was a perfect fit.  They were fools to quit.

Florence Nightengale had no business stepping into the battlefields of war.  Not only was she female, she was just a nurse, and her place was in the clean and sterile environment of a hospital.

Helen Keller was deaf and blind.  Who was she to learn to speak with her hands?  She did not have the capability to do so.   The world was already full of people who spoke with eloquence.

JK Rowling was rejected 12 times by various publishing companies.  How dare she push so hard and try over and over.   Hadn’t she learned with the first 12 rejections that writing wasn’t her calling?  There were already plenty of great children's authors.  The world didn’t need one more.

Michael Jordan was cut from his sophomore basketball team.   He shouldn’t have kept trying in a sport where others had already proven they were better than him.

Charles Lindebergh flew solo across the Atlantic.  He had changed the world of aviation.  Why would anyone want to work in the field of aviation advancement if he had already made his mark?  Meanwhile, his sister-in-law suffered from congestive heart failure.  So he developed a perfusion device that helped keep organs free of infection and her eventual heart transplant saved her life.   Why would he step out of aviation to pursue something different?  There were others already doing biomedical research.

Rosa Parks was not supposed to sit in that seat on the bus.  She knew the law.  The rules were beset upon her by society and history.  How dare her not get up when she was ordered to do so!  Why would she push the boundaries when the rules were so clearly laid out for her?

It saddens me to think of a world where everyone stays within the boundaries of the box society has drawn for them.  A society where the narrow perception of what “should be” is met with negativity if we break the idea of “normal.”  Perception of normal varies from person to person. Exploration, innovation, and excellence are often brought by the very idea that as we leap from the boundaries of those who want to hold us back, we learn to fly.

Not accepting change and growth is usually brought by fear.  Fear of others success.  When in reality, the success of others does not threaten our own accomplishments.  It is imperative to understand that as others excel in a field of study, research, innovation or craft, it continues to create a positive chain reaction of excellence in that particular field.  For anyone to claim the right to ‘own’ an intangible aspect of the human existence is not only wrong, it’s potentially destructive.

I find it extremely motivating to be ordered not to do something.    It stirs something inside me in a way I cannot explain. YOU CAN’T becomes YES I CAN.  YOU SHOULDN’T becomes WHY NOT?  I fear the world we would live in if every person was oppressed by the fearful individuals who try to hold them back!   What if Michael Jordan had not tried again?  What if Rosa Parks did as she was told?  What if JK Rowling assumed there were plenty of authors already writing for children?   What if… what if… what if…?

The incredible gift we are given in this life is the ability to think for ourselves.  The ability to face negativity with grace.  It allows us to surround ourselves with those who lift us up and encourage new ideas instead of cowering beneath those who try to knock us down.  Bullies come from a place of fear and that does not change when we grow up and leave the school yard.   And although new inventions or ideas are generated every day, nothing exists on its own accord except the conception of life given to us by God our creator.  We are all children of God with free will to experience life to the absolute fullest potential.  Every single  idea, innovation, invention, and discovery is influenced by those who surround us or lived before us.   One could argue that inspiration can happen in solitude while taking in a beautiful sunset.  But how magnificent that the teachers, friends, parents, children, co-workers, and even those we will never personally know have laid the foundation to propel those thoughts into fantastic new ideas that change and influence the world in a positive way.

For one to assume to own a little facet of the world because he or she is exceptional,  is destructive.  To claim a niche and expect no one else to thrive in the same niche because one has proven success is selfish and arrogant. To speak inaccurately, without facts  and  with negativity toward someone else is, without a doubt, based in fear.  The success of others is not reflective of one’s own failure.  Instead, we should strive to accept other's success as a compliment to a growing culture where there is room for everyone.

Where one is inspired, there is room for another.  When a room is filled with learning and enlightenment, there is another one a few doors away welcoming even more. We can never reach every child or even every person.   But if we all open our hearts and doors, across the street, across the town, across the world…. there is room for everyone to experience excellence and joy.

No person should ever apologize for leaving the perception of who they are or what they should be doing.   No apologies should accompany change.   Continue to change, grow and step out of the box.  No, don’t step.   Instead just jump… run… fly!