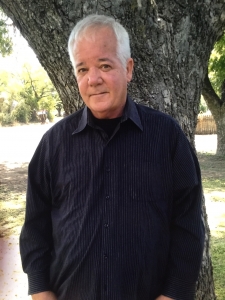 Carlton “Buddy” Smith grew up in various small West Texas cities and eventually ended up in San Angelo where he graduated in 1978 with a Theatre Degree at ASU.   Upon graduation, he eventually packed his bags and moved to New York City where he spent his last 28 years pursuing various forms of acting, directing and producing.

Upon returning to his home base of San Angelo in 2015, Buddy began working within the SAISD school district as a substitute teacher focusing on grades pre-K through 2nd grades.  Buddy is now working full time at Goliad Elementary and loving every minute of it.

While in  NYC, Buddy’s’ love of Improvisation led him to be a founding and core member of the group  “Triple Play” where they performed in multiple clubs/cabarets in both NYC and LA.  In addition, while in NYC he was also co-founder/actor of a theatre company called “Actors Way” playing in various Off-Broadway Venues.  Upon returning to Texas, his most recent credit includes performing as an alum at ASU’s modular theatre in The Crucible as Giles Corey, as well as many other productions including Be Theatre's How I Became a Pirate, The Dr. Suess Experience, Peter and the  Starcatcher and Be's improvisation team called B.A.D. Improv.

Buddy looks forward to continuing his bond within all of San Angelo’s Theatre Venues and is excited about the opportunity to work with San Angelo’s Youth at Be Theatre.