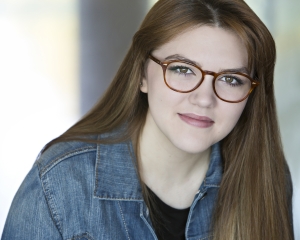 Cassidy was born and raised in San Angelo. She started acting when she was eight years old, performing in a Shakespeare play once a year at school.  In the summer's Cassidy enjoyed attending theatre camps, and eventually attended the first Be Theatre workshop ever offered.

Cassidy spent all of her time at Be on stage, backstage, off stage, and everything in between. After graduating high school, Cassidy auditioned for and got in to multiple BFA programs across the nation. She is currently entering her senior year at Coastal Carolina University obtaining her BFA in Acting and BA in History.

Cassidy is entering her Senior year at Coastal Carolina.  During her time at Coastal she has trained in Movement, Acting Techniques (Grotoski, Stanislavki, Chekov, Uta Hagen, Shakespeare, Acting for the Camera, and Audition Prep), and Vocal Techniques. She also attended the National Theatre Institute where she studied with many well established actors and artists currently working in the industry including Susan Blackwell, Michael Berresse, Colman Domingo, Karen Olivio and more.

Cassidy is a dynamic and passionate theater artist who’s in love with theatre education, and values the importance of learning, and promoting an inclusive, equitable, and safe environment in the theatre for all.