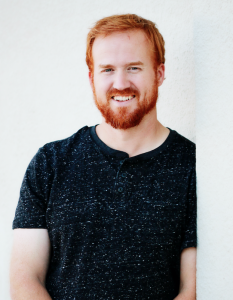 Marcus holds a bachelors of arts from Angelo State University. Marcus has been involved with Be Theatre Company since the first production, where he worked as Tech Director for "The Somewhat True Tale of Robin Hood."  Soon after the show closed, Marcus took up the resident Tech Director, and has stayed involved not only in production design, but as a director for The 39 Steps, Forbidden Broadway, Shakespeare on the Concho, 5 Course Love, and Gypsy.

Marcus hones his skills on stage as well, enjoying his role as Hunter in Be Theatre's [title of show] at The House of FiFi Dubois.   He has been in a variety of shows from musicals to Shakespeare.  His interest in designing was fostered under Wray Crawford and honed under Ron Morse. He was an intern at Angelo Civic Theatre in 2004 and the Technical Director in 2005. He has designed and built a number of shows from A Christmas Carol to his favorite design of Noises Off. His biggest inspirations are his children Ashtyn, Molly, David and his wife Keli.