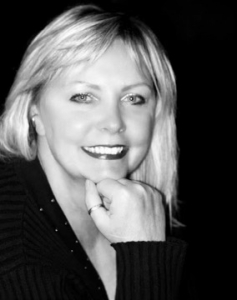 Roberta Stephens Satori has spent the last 40 years participating in the theatre arts wearing many hats.  She is an actress, director, producer, playwright, acting/vocal coach, singer/songwriter, international recording artists, and is presently co-founder of Tzigane Arts Productions with her husband, David Weaver.

Because David is in the Air Force, Roberta has been fortunate to travel extensively, learning varied performance techniques for the theatre and performance in general.  Having the chance to live in numerous differing environments, Tzigane Arts has taken the opportunity to produce several concerts and performances, including producing a concert in Wichita with Broadway Veteran Matt Bogart, bringing Alicia Keys students from New York to New Jersey, and coordinating the Wichita Contemporary Dance Theatre to perform in Aviano, Italy.

While living in Italy, Roberta had a generous number of students who took private acting lessons with her.  Some have gone on to working on Broadway, Off Broadway, on the West End of London and in film.  Recently, most notably, Isabella Pappas whose work in London has gained her an Olivier nomination for her role in The Nether on the West End and now is co-starring in Finding Alice, an ITV series.

While Roberta enjoys performing, her true joy comes from helping others reach their full potentials.  Working with young people has proven to be remarkably fulfilling and, in many ways, life changing.