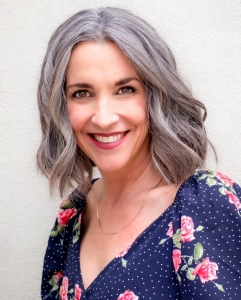 Elena was born and raised in San Angelo, but spent several years outside of her hometown during her arts studies.  She shares her life with Husband Kevin and three children, Carson, Griffin and Eiley.  Elena holds a BFA from the University of Texas at Austin. After graduating from UT, Mrs. Kent worked professionally in Dallas under the representation of The Mary Collins Agency for 4 years s as well as working in theatre and performing in Lone Star Comedy Improvisation Troupe. In 2004, Elena began working with Angelo Civic Theatre's youth program where she served as Youth Director for 7 years.

In 2011, Elena launched Be Theatre with the help of many friends and supportive community members.  It has grown  from a few shows a year, into a full-time theatre with many education classes and outreach programming, as well as monthly improvisation (B.A.D. Improv).  She is proud to be serving as Founding Artistic Director of the resident black box theatre company in the San Angelo Performing Arts Center.

Elena's credits in directing include many shows during her time as youth director at ACT including Wizard of Oz and Annie Get Your Gun.  At Be Theatre, she has directed The Somewhat True Tale of Robin Hood, Godspell, Jr., Pippi Longstocking, Motherhood Outloud, Grease, A Lunch Line and 2 X 5: The Music of Kander & Ebb, Peter and the Starcatcher, and Godspell.   Elena also enjoys producing outreach programs in collaboration with many local non-profits inclusing The San Angelo Museum of Fine Arts (Shakespeare on the Concho) and The Literature Alive Project  with the TGC Stephens Central Library.

Elena has enjoyed roles on stage as well.  Favorites include Frau Blucher in Young Frankenstein, Rose in Gypsy, Laurey in Oklahoma!, Roxie Hart in Chicago, Rosie Alvarez in Bye Bye Birdie , Heidi in [title of show] in addition to several other roles and productions throughout the past 30 years.

Elena also enjoys spending time in her studio with her 'other love'... painting.  Visit her page at elenakentart.com to see more about her visual arts business.  She feels really lucky to have the opportunity to work in many forms of artisty in her hometown of San Angelo.